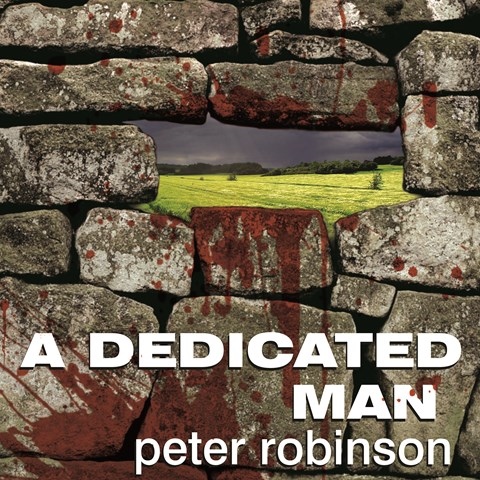 The body of a well-liked academic is unearthed in a farmer’s field. Enter Detective Alan Banks, who is dedicated to solving the puzzle surrounding Harry Steadman’s death. Banks meticulously interviews the Swainsdale locals, including the dead man’s wife, his pub pals, an aspiring actress, an author, and a folk singer newly returned to the tiny, taciturn community. Slowly but surely, Banks separates fact from fabrication until the killer is identified—although not before another murder occurs. Narrator James Langton makes listeners feel right at home in the village’s country cottages, lovers’ lanes, and manor houses. Langton delivers interior monologues and red herrings with equal finesse. The second in the Inspector Banks series is a pleasantly methodical police procedural. S.J.H. © AudioFile 2010, Portland, Maine [Published: AUGUST 2010]