Home»Reviews»THE MAPPING OF LOVE AND DEATH 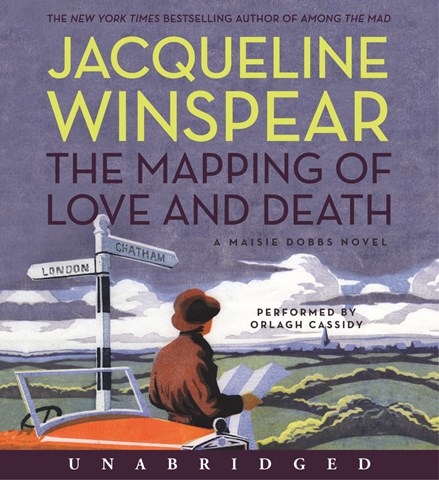 THE MAPPING OF LOVE AND DEATH

Orlagh Cassidy is the quintessential Maisie in Winspear's popular WWI mystery series. In 1932, the London psychologist and private investigator is retained by a deceased soldier's parents to find the unnamed nurse whose love letters were among their son’s belongings. Cassidy voices tones of gentle compassion as intrepid sleuth Maisie pursues clues replete with history, violence, intrigue, romance, and suspense. Cassidy expresses the subtle differences between the other British characters and even perfects the French accent of Maisie’s mentor, Maurice. But Cassidy falters a bit with the American accents, which are unintentionally all over the U.S. map. Still, along with Maisie’s unique gift for wisdom beyond her years, fans will enjoy her solution to a case of wartime love, murder, and mysterious treasure. A.W. Winner of AudioFile Earphones Award © AudioFile 2010, Portland, Maine [Published: JUNE 2010]