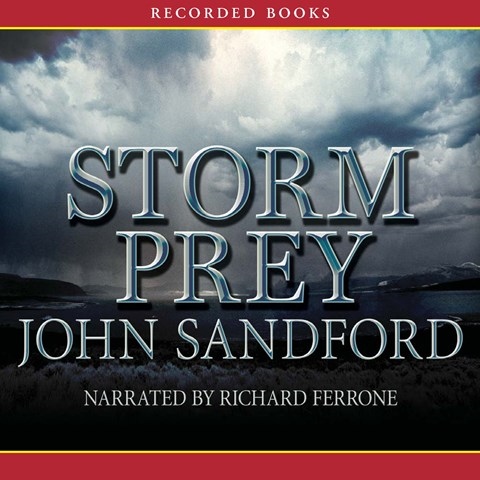 The race is on. Two races, actually. Both a matter of life and death. Both involve series hero Lucas Davenport’s wife, surgeon Weather Karkinnen. A trio of crooks loots a hospital pharmacy, killing one worker. Rushing from the hospital, the robbers find themselves face to face, for a split second, with Dr. Karkinnen, who is arriving for a critical surgery to separate 18-month-old conjoined twins. The race to apprehend the crooks takes Lucas on a trail of murders, and the doctor, witness to one of the crimes, may be next. Richard Ferrone shines as he portrays a large cast of characters. His voices range from the hacksaw grittiness of law enforcement to the empathetic tones of Weather’s updates for the twins’ parents. Sandford and Ferrone are at their best again. T.J.M. © AudioFile 2010, Portland, Maine [Published: JUNE 2010]