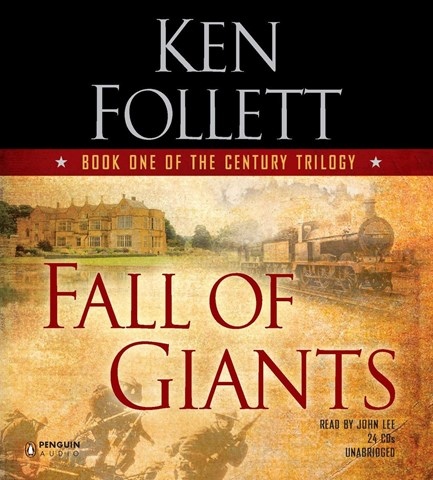 The hours just crawl by for the listener of this massive potboiler, which follows the intertwined fates of five families—English, Welsh, German, Russian, and American—as they implausibly play a part in most of the major decisions of WWI and the Russian Revolution. John Lee’s American accent is better than in some previous efforts, and his other accents (particularly the Welsh) and dramatic narration are an admirable but ultimately fruitless effort to breathe life into stock characters and situations. Listeners tough enough to make it to the finish will be delighted to know that this is the first of a trilogy that will follow these families all the way through the twentieth century. A.B.G. 2011 Audies Finalist © AudioFile 2010, Portland, Maine [Published: NOVEMBER 2010]