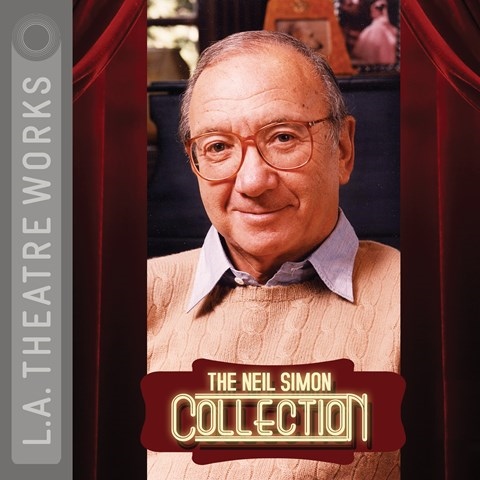 In addition to having won numerous awards for his plays, Neil Simon was voted into the American Theatre Hall of Fame, honored at the Kennedy Center, and received the Mark Twain Prize for American Humor. This collection features 10 of Simon’s best works, each performed by an all-star cast. Titles include THE ODD COUPLE, a story of impossibly mismatched roommates; BRIGHTON BEACH MEMOIRS, BILOXI BLUES, and BROADWAY BOUND, a tender semiautobiographical trilogy; and LOST IN YONKERS, which earned Simon the Pulitzer Prize for Drama in 1991. Each play begins with a brief introduction, appropriate sound effects, and occasional period-setting music, all contributing to make the set a perfect fit for audio. Additional titles include BAREFOOT IN THE PARK, PLAZA SUITE, CALIFORNIA SUITE, THE PRISONER OF SECOND AVENUE, and CHAPTER TWO. S.J.H. Winner of AudioFile Earphones Award © AudioFile 2011, Portland, Maine [Published: APRIL 2011]