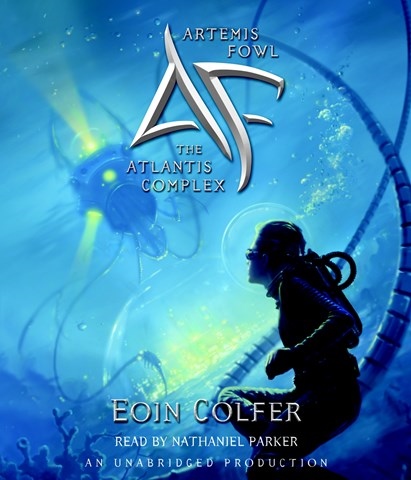 Artemis Fowl is at it again—or is he? In the seventh book of the series, Artemis seems to be a changed person. As he’s pitching his latest scheme (yes, to save the world), trouble strikes. It is Artemis himself who is suffering from the Atlantis complex, a disease often attributed to guilt-ridden fairies. Nathaniel Parker skillfully voices the paranoia, obsession with numbers, and multiple personality disorder that is controlling Artemis. As the situation worsens and the LEP gang races to save the city of Atlantis, Parker perfectly orchestrates the timing and pace of the action-filled scenes—and should once more be praised for the consistency and range of his character voices. E.A.B. © AudioFile 2010, Portland, Maine [Published: DECEMBER 2010]