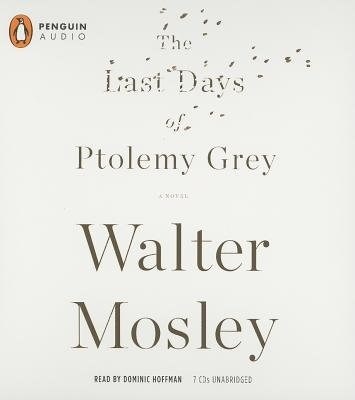 THE LAST DAYS OF PTOLEMY GREY

Walter Mosley takes a daring leap by telling the story of a 91-year-old man who makes a figurative deal with the devil, trading the last few years of his life for just a few weeks of mental clarity. Unlike most of Mosley’s young, tough African-American heroes, Ptolemy is old and infirm through most of the book. Dominic Hoffman is nothing short of brilliant in bringing Ptolemy’s story to life. With a combination of standard English and ghetto slang, he creates memorable characters—good, evil, and just plain selfish—and allows the listener to glimpse into their souls. As Neil Young said, “It’s better to burn out than to fade away,” and Ptolemy is not going to go befuddled into that dark night—not when he has unfinished business. M.S. Winner of AudioFile Earphones Award © AudioFile 2010, Portland, Maine [Published: DECEMBER 2010]