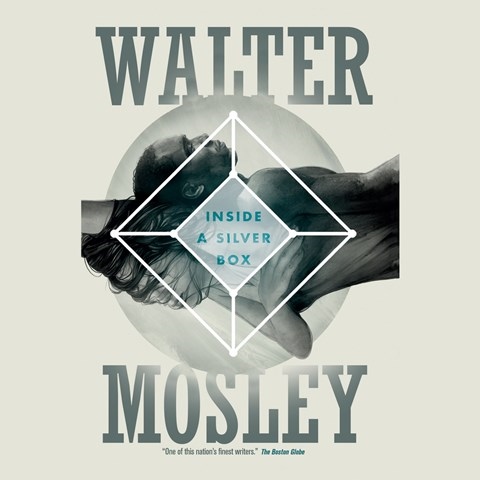 INSIDE A SILVER BOX

Mosley creates two unlikely characters who are brought together under terrible circumstances. Their mission is to save the world. Dion Graham’s narration jumps from character to character in an edgy manner, forcing the listener to anticipate imminent apocalyptic devastation. Graham’s overall quick pace and short pauses heighten the tension in this sci-fi thriller. He skillfully matches his voice to the story’s words. For example, as the female protagonist is described as having a “furious pace,” Graham’s tone holds a furious urgency. While the two characters—Ronnie the thug and Lorraine the privileged desirable—do sound stereotypical at times, Graham carries the listener to the end, without any stagnation. T.E.C. © AudioFile 2015, Portland, Maine [Published: FEBRUARY 2015]