Home»Reviews»WHILE DROWNING IN THE DESERT 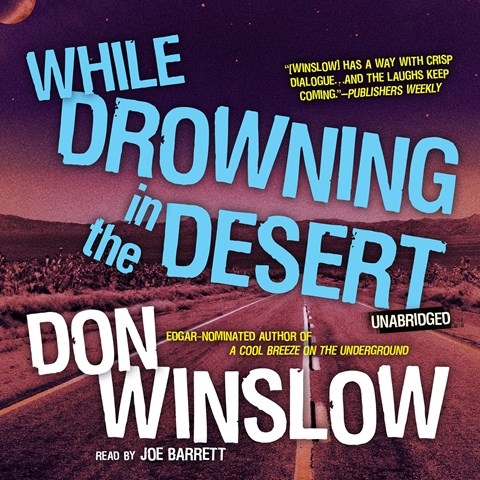 WHILE DROWNING IN THE DESERT

Soon after Neal Carey gets a call sending him on a private eye "errand" involving an aged comedian, the case gets a little silly. That's also when it starts to get interesting. Joe Barrett's narration has the typical noir sound at first but quickly shows that he—and Carey—also have stand-up chops. His narration of bits like Carey's first-person ramble about the names of Vegas hotels is hilarious. Later on, the story is told from other perspectives—including those of Carey's fiancée, the comedian's old flame, a lawyer, and an insurance representative. Barrett lays it on thick with voices for each. Listeners will laugh aloud at the carefully constructed farce. J.A.S. © AudioFile 2011, Portland, Maine [Published: JULY 2011]