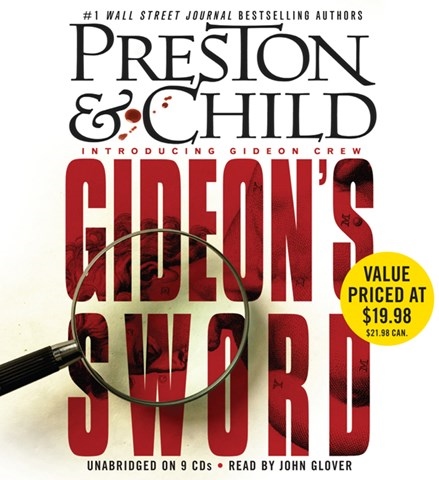 Gideon Crew is the feature character in a new series by the creators of FBI agent Aloysius Pendergast. John Glover is a good choice to narrate this first entry because the story involves accounts of past events, which Glover delivers without bogging things down. The plot focuses on Gideon’s intention to avenge his father’s murder, and Glover gives him a conspiratorial air that adds weight to the story. The character is noteworthy for his clever schemes, and the book moves fast—as if the authors were keeping a potential movie version in mind. Overall, Glover handles the somewhat simplistic story with an ear for drama. J.L. © AudioFile 2011, Portland, Maine [Published: APRIL 2011]