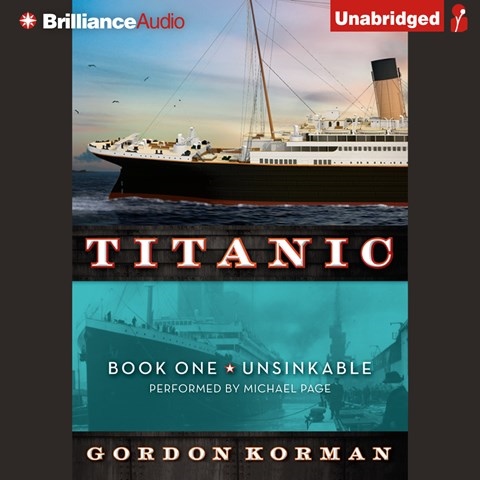 For those avid listeners who can never take enough voyages on the ill-fated TITANIC, Michael Page’s dramatic narration will not disappoint. In Irish, English, and American accents, Page begins the first book in Korman’s trilogy by introducing four teens whose fates become intertwined aboard ship. Page’s authoritative tone is well matched to the factual material Korman has deftly inserted into this adventure story. Page emphasizes the inevitability of the TITANIC’s fate with crisp speech and a reading pace that is thrillingly deliberate in places. His voice drives listeners forward as inescapably as the TITANIC’s course. The rest of the trilogy can’t come too soon to satisfy listener curiosity about UNSINKABLE's cliff-hanging ending. C.A. © AudioFile 2011, Portland, Maine [Published: AUGUST 2011]