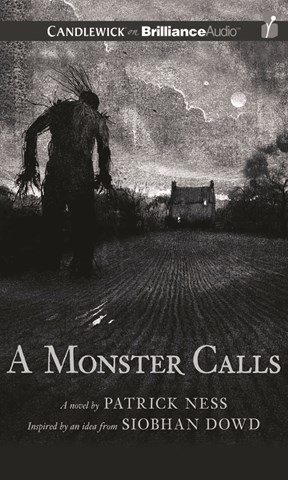 A MONSTER CALLS Inspired by an Idea from Siobhan Dowd

When his mother falls ill, Conor is visited by a monster in the form of a walking yew tree. Jason Isaacs portrays the troubled teen in a deep voice that hints at the dark nature of the story. He injects sarcastic and suspicious tones into Conor’s voice as the boy battles the feeling of invisibility brought on by his “special circumstances” as his mother’s health continues to decline. The eerie growl of the monster is haunting as he tells tales of the past and as he causes Conor to act out. Isaacs’s narration highlights the agitation and fear of a boy who is losing everything he holds dear. In the CD edition, Jim Kay's illustrations are included. E.N © AudioFile 2012, Portland, Maine [Published: JANUARY 2012]