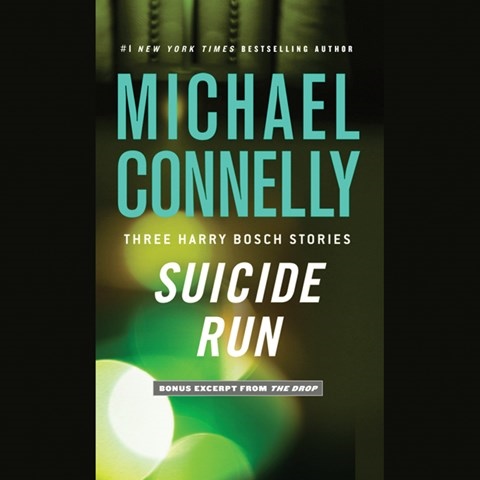 For avid Harry Bosch fans, SUICIDE RUN is good news and bad news. The good news: It contains three stories previously published separately in three different anthologies, now brought together for the first time for listening. The bad news: There's not enough of it. The stories are too short—you can almost blaze through the book in one listen. Narrator Len Cariou provides a masterful portrayal of Bosch. His logical and sometimes-gruff tone catches the essence of the wily detective. But in an instant, he can convince you he's a female character as well. In this compilation, Connelly and Cariou are in sync. The only negative is there's just not enough Harry Bosch to satisfy the soul. A.L.H. © AudioFile 2011, Portland, Maine [Published: NOVEMBER 2011]