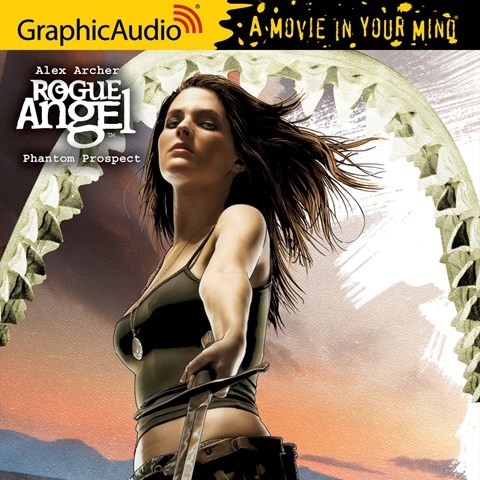 by Alex Archer | Read by a Full Cast

Nanette Savard draws the listener in with a nuanced narration that effectively depicts the suspense throughout this installment in the Rogue Angel series. Archaeologist Annja Creed and her Joan of Arc sword come to the aid of two brothers who are searching off the coast of Nova Scotia for a sunken 1814 warship with spoils from the White House. Annja and the treasure-hunting crew face a 40-foot megalodon shark, presumed extinct, and other villains in a story that is voiced by a capable cast and animated with sound effects that enhance the action scenes. However, non-action-oriented background effects, such as ocean waves and mealtime cutlery, are distracting. Still, this is an enjoyable Annja Creed episode. K.C.R. © AudioFile 2012, Portland, Maine [Published: FEBRUARY 2012]