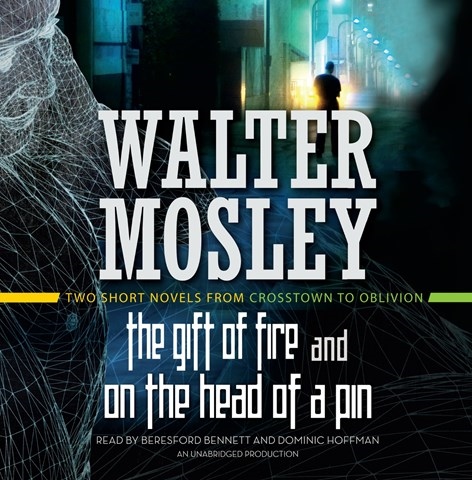 Narrators Dominic Hoffman and Beresford Bennett add drama and verve to Mosley’s fast-moving plots, as well as give additional dimension to his characters. Social themes play into THE GIFT OF FIRE as it deals with mythological gods and titans of Greek legend, Christianity in Los Angeles, and advanced technology that has unintended consequences. Bennett effortlessly depicts the array of characters: the boy Chief, his mother and her father, as well as his girlfriend, neighbors, and more. Delivering ON THE HEAD OF A PIN, Hoffman’s voice is raspy and less flexible but adequately portrays all the characters, with an especially consistent voice for the character of Josh. Both stories will engage listeners with their complex ideas. S.C.A. © AudioFile 2012, Portland, Maine [Published: JUNE 2012]