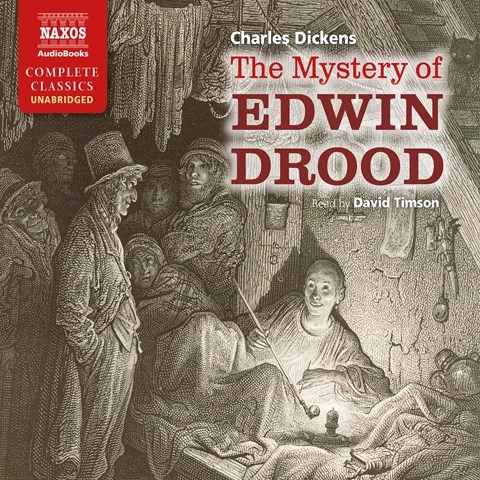 THE MYSTERY OF EDWIN DROOD

Characteristically, Charles Dickens blends tragedy and comedy and peoples this novel with an array of outlandish individuals. Narrator David Timson expertly translates into audio the complexities of Dickens’s multilayered plotline, and he gives each of Dickens’s peculiar characters a distinct voice—from the menacing Mr. Jasper to the pretentious Miss Twinkleton and the endearing Mr. Crisparkle. Dickens died before finishing this novel, so no one knows exactly how the mystery of Edwin Drood’s disappearance would have been resolved. This production includes a summary of the likely ending as Dickens’s friend and biographer John Forster saw it. EDWIN DROOD feels like an incomplete work, but Timson’s deft narration makes it possible to appreciate its rich Dickensian passages. L.X. © AudioFile 2012, Portland, Maine [Published: MAY 2012]