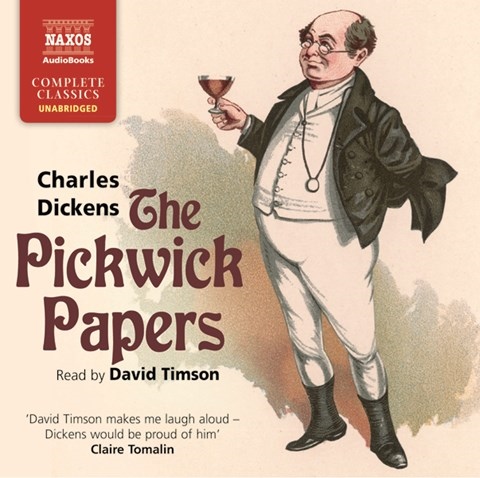 In Dickens's first novel, the many adventures, or perhaps misadventures, of Mr. Samuel Pickwick and his traveling companions are detailed in a series of interrelated vignettes ranging from the frightening to the absurd. David Timson is a one-man ensemble who skillfully portrays dozens of characters. He is equally adept at chilling the spine with the gravelly, breathy tones of a madman as he is at tickling the ribs with the clipped speech and perfect comedic timing of a bold charlatan. Even his female voices, while seemingly overdramatic, capture the delicate nature of Dickensian women, who are oftentimes prone to fainting spells and fits of hysteria. Like the novel itself, Timson creates a superb portrait of nineteenth-century England that Dickens himself might have declared “a capital performance.” M.D. Winner of AudioFile Earphones Award © AudioFile 2012, Portland, Maine [Published: APRIL 2012]