Home»Reviews»SELECTIONS FROM SKETCHES BY BOZ 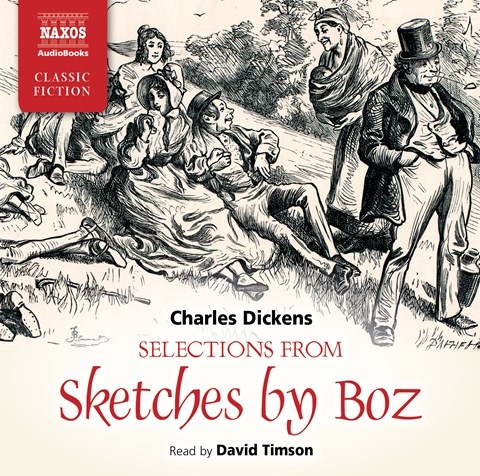 SELECTIONS FROM SKETCHES BY BOZ

David Timson weaves his special magic as a one-man full cast in this abridged production of Dickens’s earliest magazine publications of essays and short stories. While delivering the author’s observations of London in the morning and at night, the Greenwich fair, and the fixation of Londoners on their gardens, Timson adopts a lively and contemplative tone. He hits his stride in the comic short stories, for which he creates multiple, often hilarious, character voices. “The Tuggses at Ramsgate” features the clipped-voiced Captain Waters, his mournful and duplicitous wife, Belinda, and the nervous and lovelorn Simon/Cymon Tuggs, who gets thrown from a donkey. The cadaverous and intentionally miserable Nicodemus Dumps—“the most unfortunate man in the world”—in “The Bloomsbury Christening” is pure genius. A.B. © AudioFile 2012, Portland, Maine [Published: OCTOBER 2012]