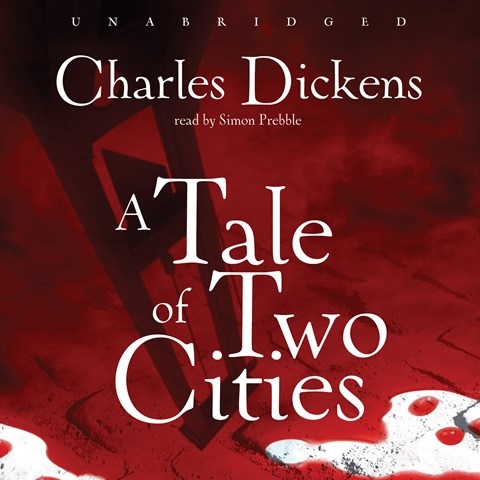 Simon Prebble is the perfect narrator for Charles Dickens’s complex saga of love, betrayal, and self-sacrifice during the French Revolution. Beginning in 1775 and continuing through the storming of the Bastille by French peasants to its inevitable outcomes, the story of Charles Darnay, Sydney Carton, and Lucie Manette is given new life in Prebble’s truthful characterizations. Leaving no doubt which person is speaking, Prebble’s vocal artistry provides each character with ingenious quirks and idiosyncrasies, allowing listeners to picture real people in a full range of economic conditions. From the infamous Madame Defarge to the villainous Marquis Evrémonde, Prebble heightens tensions, making even lengthy descriptive passages as vital as the social inequities and romantic entanglements. Here’s an undisputed classic given a fresh performance by a master audio actor. S.J.H. Winner of AudioFile Earphones Award © AudioFile 2012, Portland, Maine [Published: APRIL 2012]