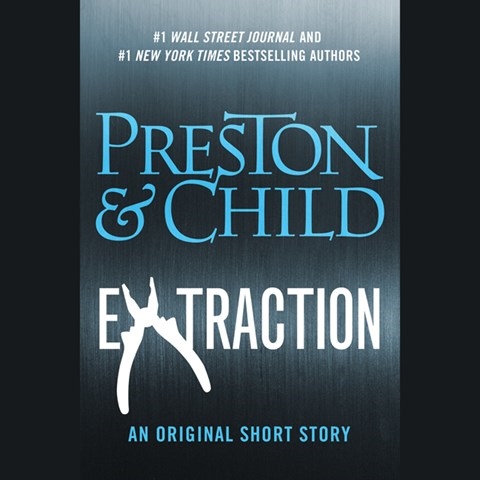 EXTRACTION is an ebook and audio-exclusive short story from Douglas Preston and Lincoln Child, which serves largely as a flashback for their central character, FBI Agent Pendergast. The myth of the Tooth Fairy becomes shockingly real as the young Pendergast becomes involved in a terrifying mystery. “Star Trek” alum René Auberjonois uses his talent for accents to good effect, specifically for a comical French character. Although one of Pendergast's unique traits is his thick Southern accent, Auberjonois chooses to make the accent subtle, lessening the possibility of a stereotype in this grim story. Because the first-person point of view dominates the story, other voices get little showtime. Auberjonois's quiet, measured cadence ramps up the suspense and the horror at the story's climax. A.Z.W. © AudioFile 2012, Portland, Maine [Published: DECEMBER 2012]