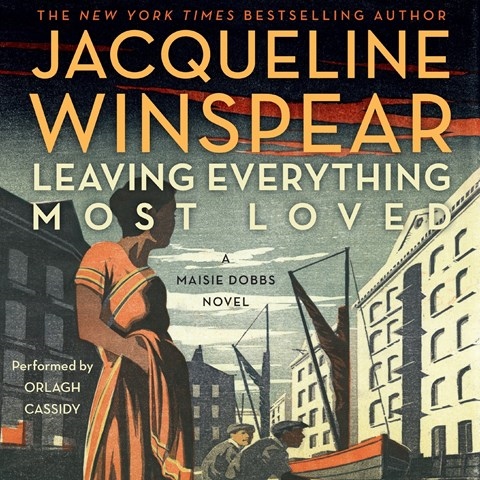 While there’s a mystery at the center of Winspear’s tenth Maisie Dobbs exploit, there’s something more pressing at its heart. Maisie’s longtime love, James, gives her six months to decide whether or not she wants to marry. While she adores him, Maisie isn’t sure if the idea of marriage is suited to her. Orlagh Cassidy immerses listeners in Maisie’s personal situation, making her confusion palpable. She presents Maisie on more solid ground in her investigation of the murders of two Indian women. Cassidy draws believable characters—from Mr. Pramal, the brother of one of the dead women, to Maisie’s office assistants and the street urchins she questions. With major life changes on the horizon, listeners will eagerly await Maisie’s next adventure. S.J.H. © AudioFile 2013, Portland, Maine [Published: APRIL 2013]