Home»Reviews»CHARLIE AND THE GREAT GLASS ELEVATOR 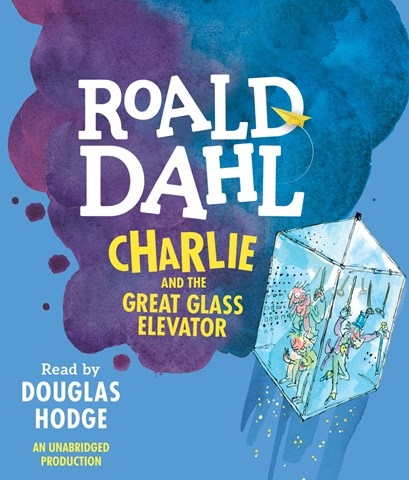 CHARLIE AND THE GREAT GLASS ELEVATOR

Narrator Douglas Hodge infuses this over-the-top sequel to CHARLIE AND THE CHOCOLATE FACTORY with a spectacular amount of energy and hilarious voices. Charlie's grandparents, with the exception of Grandpa Joe, haven't got out of bed in years, so they end up in the great glass elevator in outer space in their nightshirts being chased by Vermicious Knids (weird slimy critters). Their crankiness is rendered as gruffness and a tone of distrust. Meanwhile, the president of the United States, Lancelot R. Gilligrass, is wondering what is happening to his astronauts. Gilligrass is a twit, and Hodge maximizes the silly humor with growls and simpers. In addition, Willy Wonka's eternal optimism positively snaps with oomph. Listeners will feel as if they've had a dose of the anti-aging Wonka-Vite at the end of the whole crazy listening experience. A.B. © AudioFile 2014, Portland, Maine [Published: APRIL 2014]