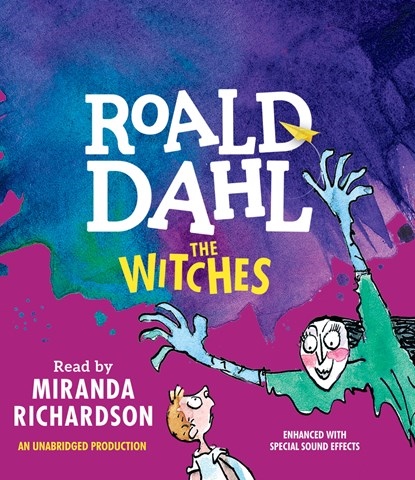 Actress Miranda Richardson narrates the story of an orphan boy who learns about witches from his grandmamma, then accidentally stumbles upon their annual meeting--with disastrous consequences involving a "Formula 86 Delayed Action Mouse-Maker." Richardson is tremendous as the Norwegian grandmother, her young English grandson, and the terrifying Grand High Witch. She switches seamlessly between accents and the voice of the witch, whose peculiar manner of speech is described by Dahl in great detail. The story is punctuated judiciously with sound effects. The rattling of chains fastening doors, the tinkling of a dropped bottle, the skittering of mice, and the screaming of frightened hotel guests are just a few examples of sounds that add energy and excitement to this classic tale of scary fun. L.T. © AudioFile 2013, Portland, Maine [Published: DECEMBER 2013]