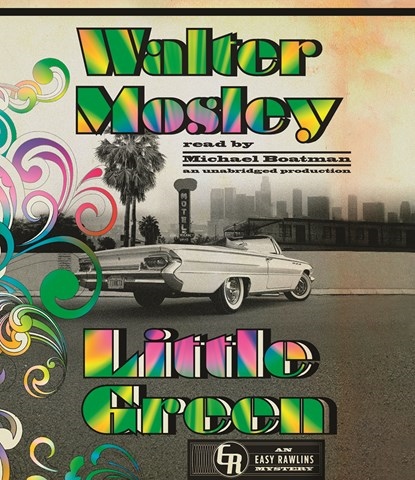 It's easy to like Ezekiel "Easy" Rawlins, Walter Mosley's black P.I. who works the streets of Los Angeles in 1965. As LITTLE GREEN opens, Rawlins is recovering from a car wreck—apparently an attempted suicide. Narrator Michael Boatman makes the listener feel every ache and pain in Rawlins’s battered body—especially when Rawlins's dodgy buddy, Mouse, persuades him to take on a missing person case that can't wait. Boatman’s command of dialect and accent, especially as voodoo queen Mama Jo, is expert and memorable. His sonorous voice is smooth as butter during the narrative parts and is just what it needs to be when voicing the many different characters. M.S. Winner of AudioFile Earphones Award © AudioFile 2013, Portland, Maine [Published: JULY 2013]