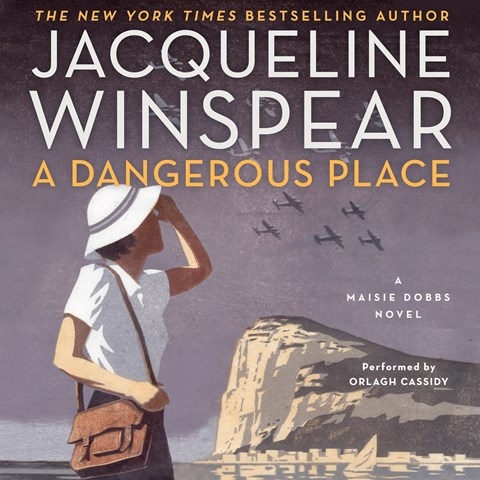 After spending time in India, Maisie starts out for England to be with her aging father. However, she’s not really ready to return home and impulsively leaves the ship in Gibraltar. Orlagh Cassidy offers a quieter Maisie, a Maisie suffering emotionally after a series of personal tragedies. One night in Gibraltar, she stumbles upon the body of a murder victim. Unhappy with the police inquiry, she’s drawn into the case. Cassidy’s sensitive interpretation enhances characters and details in a Gibraltar overrun with refugees fleeing the horrors of the Spanish Civil War. Cassidy makes the tension palpable as German planes bomb Guernica, while her insightful performance develops the thought-provoking ideas in Winspear’s 11th Maisie Dobbs adventure. Series fans will be delighted. S.J.H. Winner of AudioFile Earphones Award © AudioFile 2015, Portland, Maine [Published: MARCH 2015]