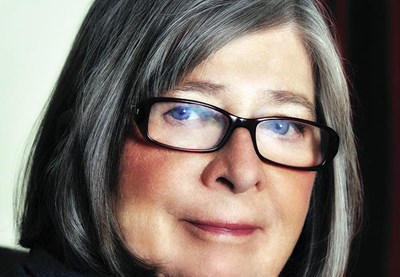 “If I want to think something through, the best way is to force myself to write about it. Writing is a reaching out, a sociable endeavor, even though it’s solitary." 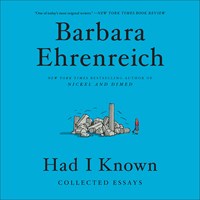 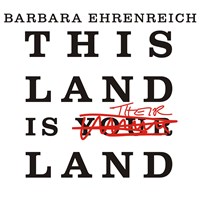 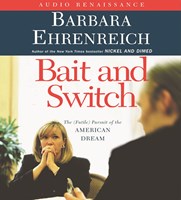 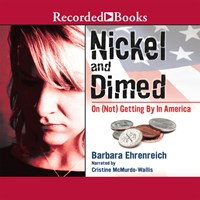 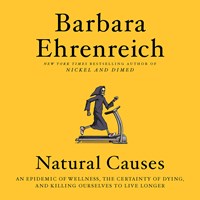 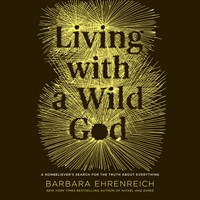 In LIVING WITH A WILD GOD, her memoir about a troubled childhood studded with strange, mystical experiences, Barbara Ehrenreich writes that she often propped books on sinks so she could continue reading while she brushed her teeth or did the dishes. She seems the kind of consumer of literature who might naturally have progressed to audiobooks. But that’s not the case.

“I don’t listen, but I have to start doing it because the radio is too frustrating,” she says. She hasn’t even listened to--or reread--her other works. Five of her 20 provocative and socially conscious books have been recorded, including her 2001 bestseller, NICKEL AND DIMED: On (Not) Getting By in America. “I guess when I’ve written a book, I’m not that interested in reading or listening to it again.”

Still, she agreed to record her current volume, subtitled A Nonbeliever’s Search for the Truth about Everything. “The pressure was on me because this new book is in the first person and is a kind of memoir. I thought: How bad can it be? Little did I know!”

Though her performance is praised in the AudioFile review as “wryly entertaining,” the recording experience was not a happy one for Ehrenreich. “I just got extremely claustrophobic. I was in a basement studio, with no window, looking out through double sliding glass doors to a sound technician. I found I could do no more than two and a half hours each day.”

It was also emotionally difficult, she says, since the book recounts her prickly relationships with alcoholic parents who raised her as an atheist and her grappling with otherworldly incidents she experienced as a teenager. “The material is very personal, about myself and my inner life as an adolescent and my family life. It was easier to put that on the computer screen than to say it out loud. With some of the interactions with my mother, and the descriptions of what I later came to call my mystical experiences, I had to say to myself, damn it, if I was willing to put it on screen and on paper, I ought to be able to read it.”

Realizing that many other people had mystical experiences like she did helped spur her to write her book, which was sparked when she came across a youthful journal she started in 1956, at age 14. “For a long time I was exploring it on my own. It was strictly my intellectual quest.”

But she’s a writer, so that changed. “If I want to think something through, the best way is to force myself to write about it. Writing is a reaching out, a sociable endeavor, even though it’s solitary. You’re trying to communicate out of concern, that something is not getting enough attention or that it’s kind of a taboo.”

Her next book, she says, will probably continue the theme of possible gods or spirits that she raises in her current one. With a Ph.D. in cellular immunology--earned before she turned to writing--she’s qualified to tackle the question she wants to ask: “What should we count as a living individual?”

Though she lives alone in a narrow townhouse, with her writing room on the third floor, she maintains close ties with her children--a son who is currently living in and writing a book about the West Bank, a daughter who is a law professor, writer, and columnist--and her grandchildren. Her daughter, she adds, is “an audiobook addict. She meets her need that way, and I will, too.”--Aileen Jacobson