"If I'm not excited and wondering what happens next, my listeners won't be!" 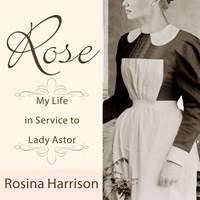 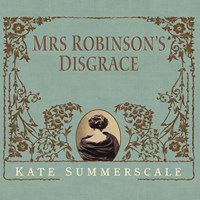 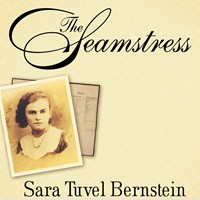 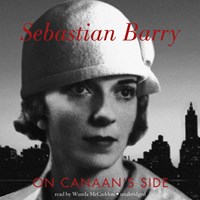 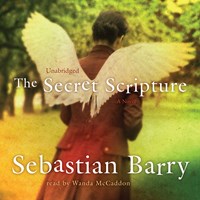 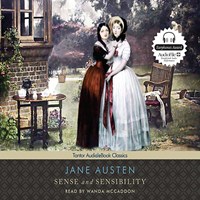 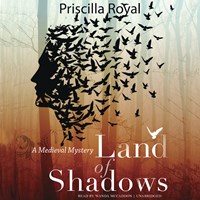 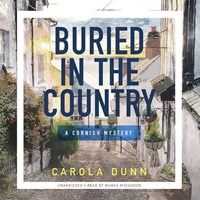 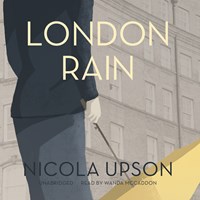 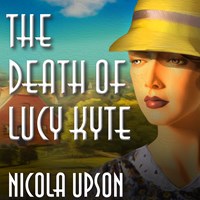 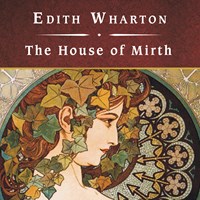 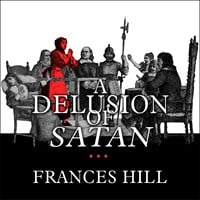 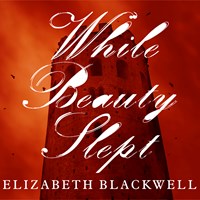 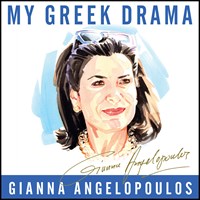 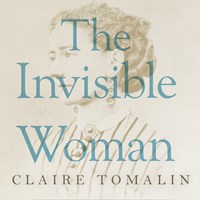 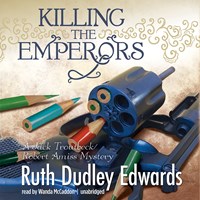 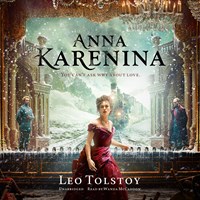 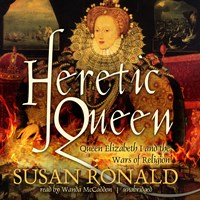 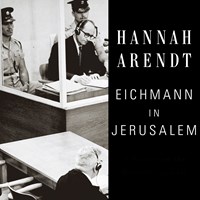 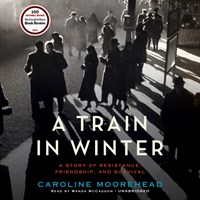 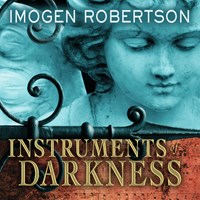 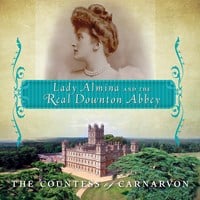 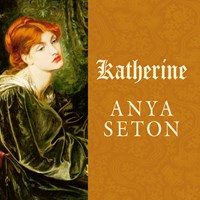 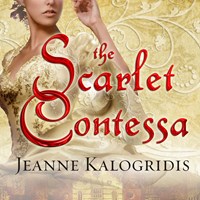 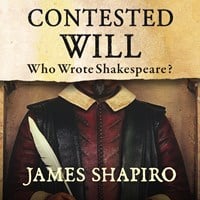 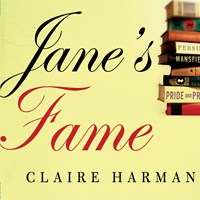 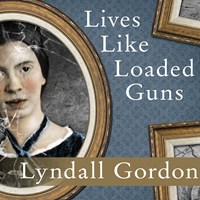 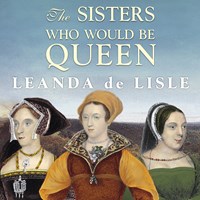 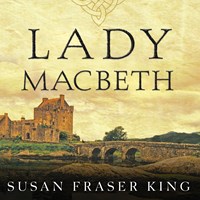 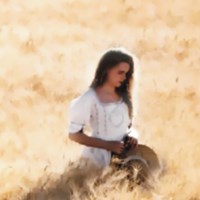 When Wanda McCaddon began narrating audiobooks in the early 1980s, the famous publisher for which she worked paid female narrators less than men--$15 per recorded hour versus $25. "I just accepted it! Can you believe that? Times do change, thank heavens."

What hasn't changed is the quality of McCaddon's performances. This year, she turned in stellar renditions of Barbara Tuchman's THE PROUD TOWER and THE GUNS OF AUGUST , Thackeray's VANITY FAIR , and Austen's SENSE AND SENSIBILITY .

English-born McCaddon, who also narrates under the names Donada Peters and Nadia May, has an unerring ear for British and colonial accents, and most European ones. Occasionally, though, she has to go in search of the right sound. When she needed an accent from Sligo, a small northwestern pocket of Ireland, for Sebastian Barry's new novel, THE SECRET SCRIPTURE , she found help in an audio archive of international English dialects. It yielded 90 seconds of a Sligo voice, which, she says, "I played every half hour or so as I was recording to remind me of the right sound."

The miracle about McCaddon's famously smooth narrations, full of individual characterization, is that, except for the classics, which she has narrated "umpteen" times, she doesn't read the books ahead of time. "I may skim through and make lists of foreign place names, but I studiously avoid noticing anything about the plot or the characters because I believe the reader's freshness in encountering each page is mirrored in the voice. If I'm not excited and wondering what happens next, my listeners won't be!"

She can't explain how she can just start reading in her soundproof home-recording studio and have it come out full-born--"although I do feel amazingly lucky to have that facility, particularly in this business." Good writers help. "I'm stuck on words," she explains. A bad writer brings readers up short, but a good writer "writes sentences in which each word points to the next word and to the clauses and punctuation. They flow." She says that the biggest challenge of not pre-reading is being surprised by an emotional section. "Oh, many, many times I've dissolved in tears and had to redo a heartbreaking passage until I could do it without sniveling!"

When she's not recording audiobooks, McCaddon performs theatrical readings and acts on the stage in the San Francisco Bay area. This spring, she'll be in Enchanted April by Elizabeth Von Arnim. "Before it became a play, it was a book, which, would you believe, I narrated for Books on Tape!" McCaddon also wrote her Ph.D. dissertation on the author E.M. Forster, who at one point tutored Von Arnim's children. "Isn't that fun?" she laughs. Isn't it, indeed.--Aurelia C. Scott

Audiobook narration is the fourth or fifth career for Britisher Wanda McCaddon, who has also been a newspaper reporter, university professor and stage, film and TV actress before beginning to narrate audiobooks 15 years ago. Wanda started her narrating career with The Mind's Eye dramatizations, working on THE LORD OF THE RINGS. Five hundred titles later, she has recorded for Books on Tape, Blackstone, Audio Editions, Dual Dolphin and Durkin Hayes. Wanda is also a woman of many names. She records as Nadia May, Donada Peters, Margaret McKay, Ann Miles and Leonarda Stafford. Her favorite recordings are Colleen McCullough's Roman novels, Beryl Markham's African biographies and "everything" by E.M. Forster. Wanda is also the co-founder of a theater company, TheatreFirst, in the San Francisco Bay Area, where she moves to the live stage from time to time. As a partner with David Case and Craig Black in Big Ben Audio, Wanda has a chance to select books she wants to record, abridge them "lightly," and see the whole process through. Like most narrators she has a wish list of titles she'd like to record. Hers includes recent fiction by British women writers, such as Doris Lessing, Barbara Pym or Muriel Stark.--December 1997

December 2007:  Chalked up a great success with WHAT WAS SHE THINKING? by Zoë Heller--the book upon which the film Notes on a Scandal was based.

December 2006:  Elizabeth George's latest, WHAT CAME BEFORE HE SHOT HER, offered Wanda the enjoyable challenge of dialogue peppered with the patois of Cockney-Caribbean speech. Historical settings were on the agenda this year, too, with Karleen Koen's DARK ANGELS and THROUGH A GLASS DARKLY. The recent interest in Marie Antoinette brought a re-release of Wanda's recording of Antonia Fraser's biography. And she did literary classics, too: PRIDE AND PREJUDICE and HOWARD'S END. Stage performances in San Francisco made this a busy year.

December 2005:  Wanda says she's had some narrating "plums" this year: Elizabeth George's latest, WITH NO ONE AS WITNESS , which earned Wanda her fourteenth Earphones Award, as well as three Barbara W. Tuchman histories: THE PROUD TOWER (Europe from 1890 to 1914), the Pulitzer Prize winning THE GUNS OF AUGUST (about WWI), and A DISTANT MIRROR (concerning the calamitous fourteenth century).

December 2004:  Two sweeping historical novels Wanda recorded this year, LIFE MASK by Emma Donoghue and EMMA BROWN by Claire Boylan, "deserve to end up in libraries!" she says. Wanda also narrates as Donada Peters (see, for instance, recent titles THE BABES IN THE WOODS and AGATHA RAISIN AND THE HAUNTED HOUSE . We also recommend ELIZABETH AND MARY by Jane Dunn, which added another Earphones Award to Wanda's many. Her performance of WUTHERING HEIGHTS was a finalist for the 2004 Audie in the Classics category. Out of the studio, Wanda challenged gender and ethnic tradition by appearing as the Stage Manager in a San Francisco production of Thornton Wilder's "Our Town."

December 2003:  Wanda, narrating as Donada Peters, added the latest Elizabeth George title, A PLACE OF HIDING , to her audiography, making an even dozen in the series. Also this year she brought us Ruth Rendell's THE BABES IN THE WOOD. Reading as Nadia May, Wanda was intrigued with a nonfiction detective story about a DNA researcher, POINTING FROM THE GRAVE . Wanda also appeared in San Francisco theater productions including the Marin Theatre Company's Visions of Kerouac.

December 2002:  Wanda learned a "sobering lesson in realpolitik" with the narration of TALIBAN by Ahmed Rashid. The reading demanded her expertise in Arabic, Pashto, and Dari pronunciations. This year Wanda also revisited old favorites with new recordings of SENSE AND SENSIBILITY , EMMA , and WUTHERING HEIGHTS .

December 2001:  Wanda's stage role in a long running production of an Irish tragedy, BY THE BOG OF CATS, helped her polish up her Irish accent. All the Dublin accents were put to use in Brendan O'Carroll's THE GRANNY , which picked up an Earphones Award. Wanda recorded several biographies this year, including SIMONE WEIL from the Penguin Lives series and GEORGE ELIOT . In PORTRAIT OF A MARRIAGE , a fascinating study of Vita Sackville-West and Harold Nicolson, Wanda and David Case shared this memorable narration. Wanda also completed Colleen McCullough's THE THORN BIRDS , giving listeners a fine opportunity to revisit the 1977 novel. Continuing her superb performances of Elizabeth George's mysteries, Wanda completed A TRAITOR TO MEMORY , recording as Donada Peters.

December 2000:  Since we caught up with Wanda a year ago, she has recorded 40 audiobooks, most for Books on Tape, as Donada Peters, and for Blackstone, as Nadia May. These include some biographies--notably works on Rudolf Nureyev, Rebecca West, and James Joyce, and titles set in Asia and India, locales for which Wanda has a special talent. In addition, Houghton Mifflin, new to audiobooks, sought her out to record two titles by Penelope Fitzgerald, THE BLUE FLOWER , and her new, posthumous collection of stories, MEANS OF ESCAPE . Also among Wanda's favorites are a long series of Ngaio Marsh mysteries; an unusual collection of short stories by Martha Grimes, THE TRAIN NOW DEPARTING ; and THE DRES S LODGER , an unlikely bestseller about plague and prostitution in Victorian England. There's no chance of being typecast with all these roles! Wanda also appeared in two stage plays in San Francisco.

December 1999:  We follow Wanda's many performances as Nadia May (Blackstone) and Donada Peters (Books on Tape) closely. THE GOD OF SMALL THINGS is just one example of her exceptional talents. Check any of the Elizabeth George series--the newest: IN PURSUIT OF THE PROPER SINNER .

December 1998:  Wanda notes that the 39 audiobooks she's completed this year have challenged her international language skills. Recording under the "noms de voix" Donada Peters and Nadia May, she completed three novels of the Far East, including her acclaimed reading of THE GOD OF SMALL THINGS , and the soon to be released RAJ by Gita Mehta and KALIMANTAN by C.S. Godshalk. This last required a Malay dictionary and research into the Dyak people of Borneo, as well as several calls to the Dutch embassy, for Wanda to be satisfied with her pronunciations. Wanda's special gift is to use accents carefully and skillfully to build layers of authenticity according to the needs of the story.