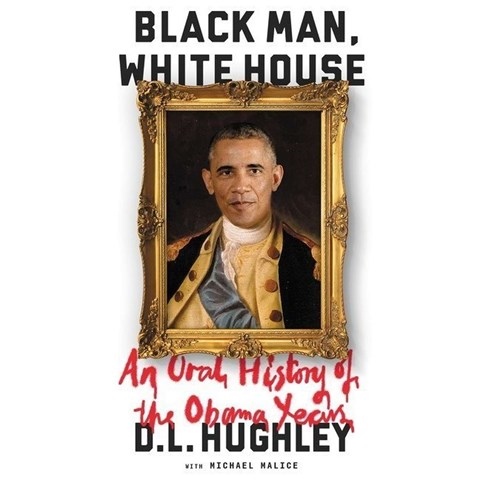 The four narrators will have listeners cracking up throughout this comedic look at America's first black president. You've never heard a presidential biography like this one--dubbed an "oral history"--probably because there hasn't been one. Using both general humor and political satire, the authors examine key moments in Barack Obama's career as a senator, presidential candidate, and two-term president. Listeners are also treated to interior monologues from nearly every major figure in American politics as he or she weighs in on topics ranging from Obama's senate election to his life in the White House. The voices that represent well-known people such as Joe Biden and Bill and Hillary Clinton are fully recognizable as delivered by the cast. M.R. Winner of AudioFile Earphones Award, 2017 Audies Finalist © AudioFile 2017, Portland, Maine [Published: APRIL 2017]