Home»Reviews»LIES AND THE LYING LIARS WHO TELL THEM 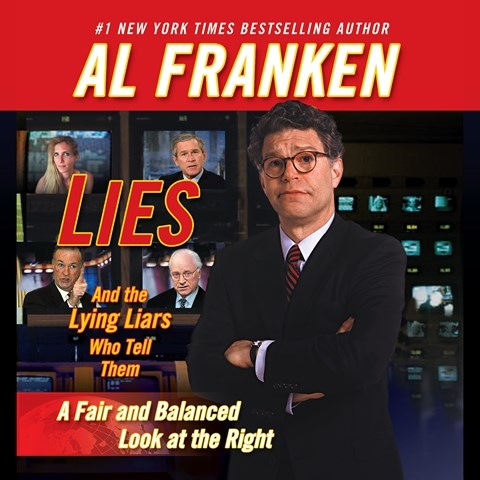 Doctrinaire right-wingers may hate and even avoid this examination of contemporary political conservatism, but they shouldn’t. There’s something important to learn here--not so much about antiliberal perfidy, as the author intends, but about the tricks used in political discourse by liars of all persuasions. In addition to large dollops of sarcasm and irony, Franken uses thorough research and common sense to uncover spin, half-truths, and downright fibs that TV, politicians, and the press feed us every day. If you’ve seen him on the tube, you know his sound, which either you like or you don’t. Unlike other comics who read their own books (for example, Whoopi Goldberg and George Carlin), Franken has not stiffened up at the microphone. In fact, his energy and spontaneity don’t flag anywhere in the 10-hour recording. Occasional readings by actor friends are a welcome addition to the printed text. Y.R. Winner of AudioFile Earphones Award, 2004 Grammy Award Winner for Best Spoken Word Album, 2004 Audie Award Finalist © AudioFile 2003, Portland, Maine [Published: DEC 03/JAN 04]