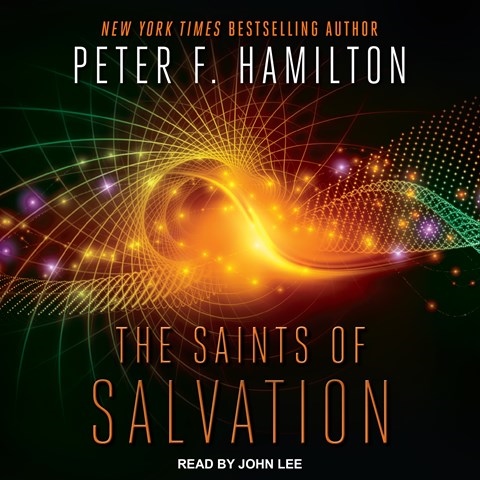 Narrator John Lee gives the poignant conclusion of the Salvation Sequence trilogy an action-packed performance. The stars hold a sinister threat for humanity in the 23rd century as a previously benign alien race begins a crusade. Following messages from the distant future, the Olyix start abducting thousands of humans and preparing them for sacrifice. Lee's precise voice sweeps the narrative ever forward. Each of the wildly different characters feels so unique that it's almost as if there were more than one narrator. The story itself is a bit uneven and requires careful attention from the listener. Lee shoulders the weight of the plot with a compelling performance despite some narrative missteps. Fans of the series won't want to miss the powerful ending. J.M.M. © AudioFile 2021, Portland, Maine [Published: JANUARY 2021]