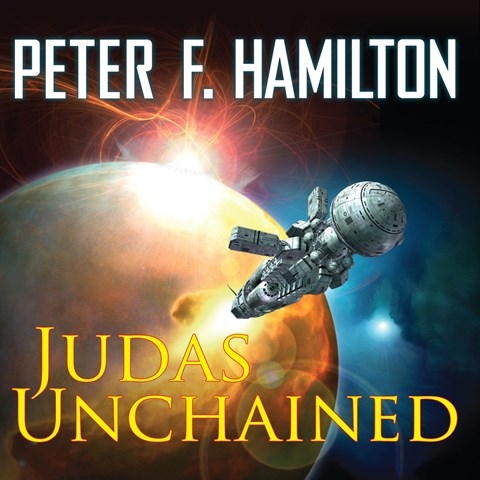 JUDAS UNCHAINED is the second part of what is really one massive novel, the first part of which is PANDORA'S STAR. Like the first audiobook, this one is 39 hours in length, and we’re lucky to have John Lee narrating. The story picks up where the first book stopped, with the humans of the Commonwealth dealing with the attack of a destructive alien race. It's truly a planet-spanning epic story, but not at the expense of the characters, whose stories are also told. John Lee excels with both aspects. Hamilton doesn't hesitate to stop the story for a quick look around, which does slow things down but adds depth that will fascinate listeners, who will enjoy considering one of the most detailed possible futures science fiction has to offer. S.D.D. © AudioFile 2009, Portland, Maine [Published: FEBRUARY 2009]