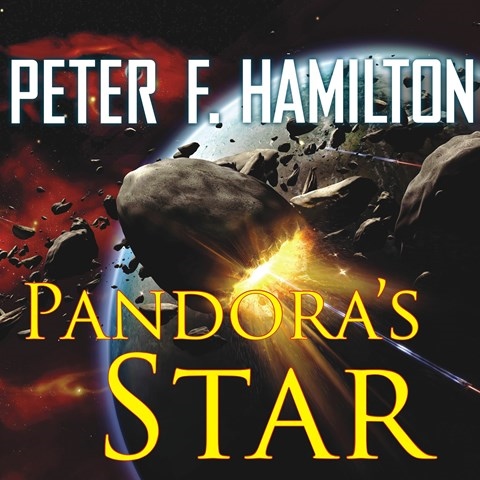 John Lee narrates this mammoth science fiction novel with boundless energy. The story begins with a laugh and ends the opposite of funny. But Lee is engaged the entire time, providing a narration that never gets tiresome. In this novel, which is the first part of a story told in two similarly sized novels, Hamilton offers one of the most detailed futures ever presented in sci-fi. Ideas flow during every minute of listening—on immortality, worm holes, colonization, new cultures, human-machine hybrids, and more. The action begins when Dudley Bose observes the disappearance of two stars. Observation suggests that the stars were enclosed, which suggests the existence of an intelligence to do the enclosing, so humans of the Commonwealth organize an expedition to investigate. S.D.D. Winner of AudioFile Earphones Award © AudioFile 2009, Portland, Maine [Published: FEBRUARY 2009]