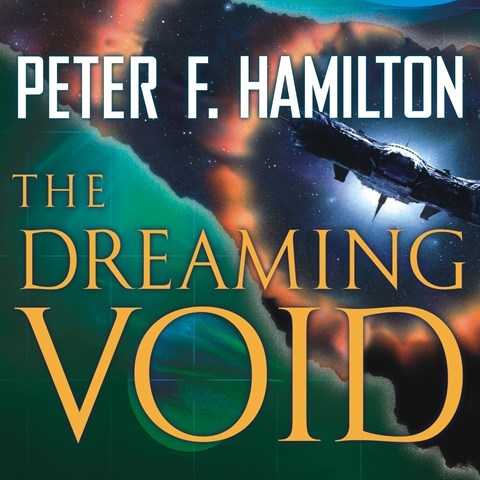 From visionary science fiction writer Peter F. Hamilton comes this vivid tale of life in the thirty-fifth century, a time when the Intersolar Commonwealth holds sway over thousands of star systems. But it cannot stop the slow and steady growth of the alien-created Void that lies at the center of the galaxy. Creating a full palette of characters, John Lee weaves his way through the complex story with ease. Lee's British accent is perfect to relate this fantastic story, which owes much to George Lucas's STAR WARS universe, but which, under Lee's skilled guidance, becomes a stand-alone adventure tale of epic proportions. Lee's delivery is smooth, swift, and, most importantly, realistic. He makes the fantastic sound as everyday as the morning news. L.B. © AudioFile 2008, Portland, Maine [Published: NOVEMBER 2008]