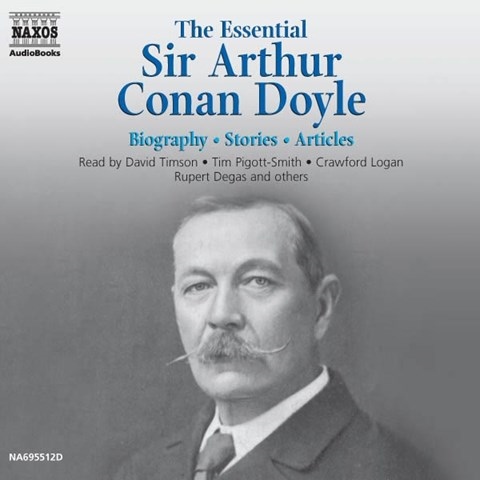 Sherlock Holmes fans will appreciate this examination of the famous detective's creator, Arthur Conan Doyle (1859-1930). It begins with a biographical sketch of Conan Doyle, a Scot educated in medicine at the University of Edinburgh. Holmes was his most celebrated creation by far, a fact that was more irritating than pleasing to Conan Doyle, whose prolific output included a myriad of short stories and historical novels that he considered more deserving of admiration than the adventures of the clever "consulting detective." This set includes one Holmes story and a broad sampling of Conan Doyle's other creations—from a horror story to his impassioned writings on spiritualism and fairies. The audio production is clear and compelling. The narrators, all British, do an excellent job of conveying the drama of Conan Doyle's well-paced prose. M.G. © AudioFile 2009, Portland, Maine [Published: JUNE 2009]