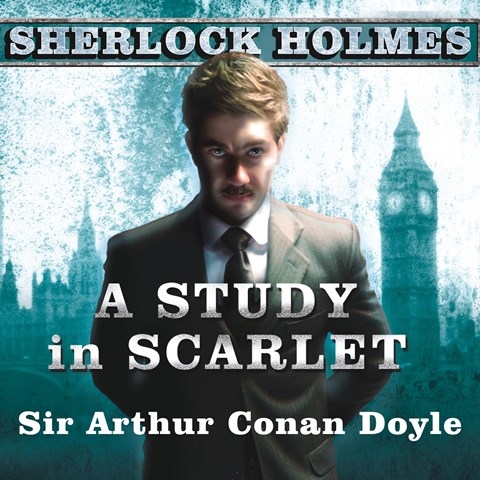 A STUDY IN SCARLET and THE ADVENTURE OF THE SPECKLED BAND

Can any narrator go wrong with a mystery featuring the shrewd Sherlock Holmes? Simon Prebble certainly doesn't. He adopts just the right timbre for the voice of the famous detective, a man devoted to acute observation and deductive reasoning. Watson's lower tone contrasts nicely with Holmes's, although it’s occasionally difficult to hear the ends of sentences. The women's parts are also pleasant to listen to, as Prebble lightens his tone without adopting an awkward falsetto. It might have been interesting in "A Study in Scarlet" to have had a different narrator for the section that takes place in the American West, but Prebble manages fine with the accents and ages of the various characters. This is a solid performance. A.E.B. © AudioFile 2009, Portland, Maine [Published: DECEMBER 2009]