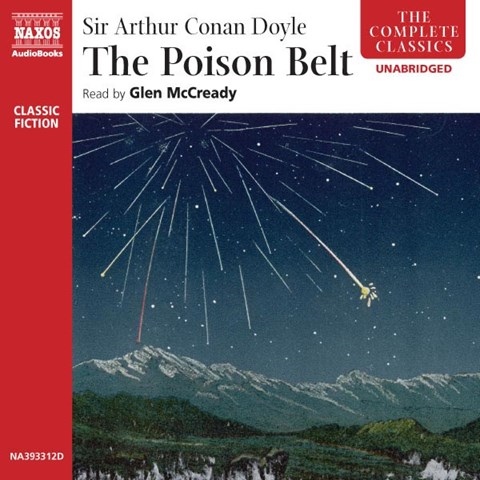 In Doyle's short novel featuring Professor Challenger, the earth moves through a poisonous belt of the "ether"—the stuff supposedly filling space—and the protagonists of the first Challenger novel, THE LOST WORLD, reunite to observe what seems to be the end of all life. The book, though a classic of science fiction, is painfully dated in its science and in its casual racism, which only surfaces occasionally but is off-putting. But Glen McCready's genial reading helps. He supplies appropriate voices for the major characters, including the rumbling, bull-like Professor Challenger, his dainty wife, and the drawling Lord Roxton. Overall, McCready delivers the somewhat talky text with careful expressiveness, helping to bring it to life. It’s entertaining for those who can overlook the book's deficiencies. W.M. © AudioFile 2009, Portland, Maine [Published: SEPTEMBER 2009]