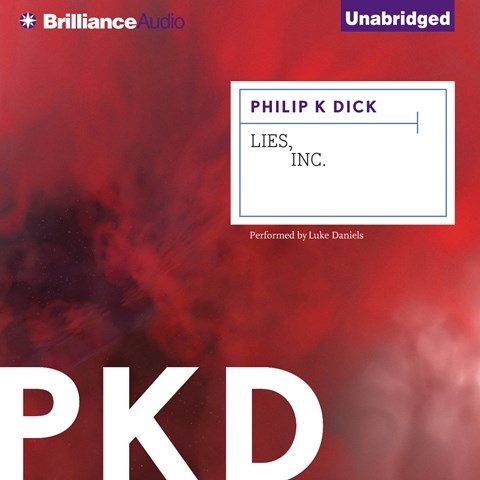 Trails of Hoffmann, the corporate entity that owns the sole one-way teleportation machine, is sending millions of migrating citizens to a new colony light years away. Or is it? Dick’s sci-fi dystopia orchestrates several concepts of reality and competing truths. In his narration, Luke Daniels does an admirable job of making the characters convincing to the listener. Daniels’s narration is enthusiastic, especially during the scene of a drug-induced alternate reality that includes an eyeball-devouring cephalopod. Dick has created a twisted world of paranoid, psychotropic reality shifts in which conspirators are conspired against and liars are lied to. Daniels expertly navigates this hazy netherworld with a fascinated air—like someone reporting a dream. F.T. © AudioFile 2012, Portland, Maine [Published: MAY 2012]