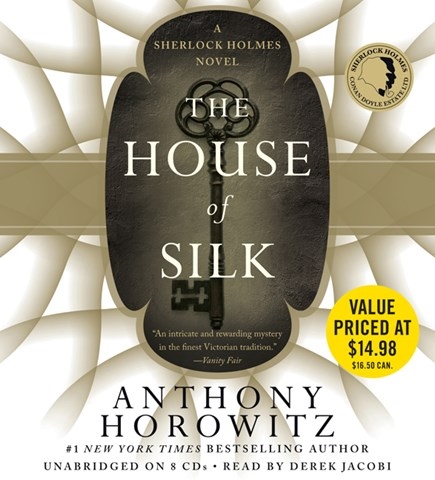 THE HOUSE OF SILK A Sherlock Holmes Novel

The game is afoot for Sherlock Holmes and Dr. Watson as they embark on a new (authorized) adventure. Derek Jacobi’s cultured tones shift from Holmes’s crisp enunciation to Watson’s humphs as he recounts each scene. Jacobi brings forth a multitude of British accents to represent the other characters—every one distinct and understandable. Lestrade and Mycroft make appearances to fence verbally with Holmes as he and his Baker Street Irregulars investigate the Flat Cap Gang. In the midst of convoluted discussion, subtle clues, and scant evidence, Holmes, of course, solves the mysteries. Jacobi is a perfect narrator with his ability to fluidly switch character, scene, and tempo. Holmes fans, starved for new adventures, will love this. M.B.K. © AudioFile 2011, Portland, Maine [Published: DECEMBER 2011]