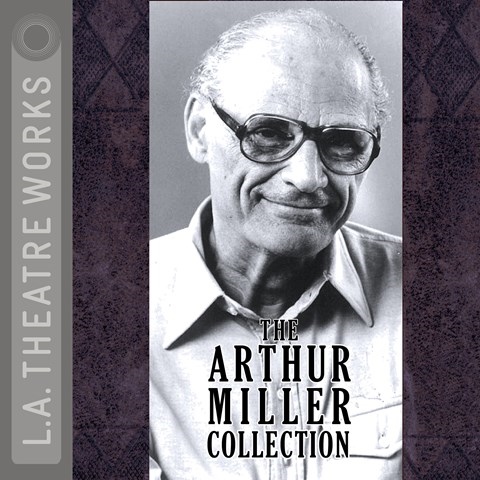 If you’ve never seen the author’s plays, then listening to them might be the next best thing. This collection includes all of Miller’s greatest hits: DEATH OF A SALESMAN, THE CRUCIBLE, ALL MY SONS, and more. What’s better is that they’re performed by excellent actors such as Richard Dreyfus, Stacy Keach, Julie Harris, Jane Kaczmarek, and a distinguished cast of supporting players in front of live audiences, allowing us to hear and feel the plays as Miller intended. Keach is especially good as Willy Loman in DEATH OF A SALESMAN, and Amy Irving shines as a woman who is caught in a disagreement between two brothers in THE PRICE. This is not an audio experience to be heard in one sitting but one to be savored over time. R.I.G. 2012 Audies Finalist © AudioFile 2012, Portland, Maine [Published: JULY 2012]