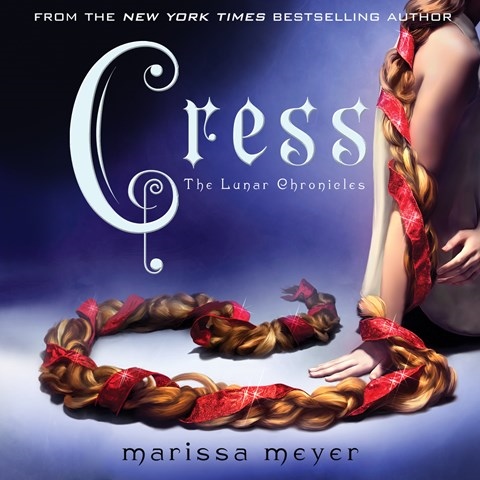 Narrator Rebecca Soler delivers a take-no-prisoners performance for the third title in The Lunar Chronicles. Soler’s lilting yet edgy voice builds rapport between Lunar captive Cress and her dashing rescuer, Captain Carswell Thorne, all the while building their romance in this fairy-tale space opera. Listeners who aren’t “Team Cress” within the first few chapters must be as heartless as Lunar Queen Levana, whose plans to take over Earth are seriously cramping the budding romance between Emperor Kai and fugitive Cinder. Soler’s instinctive delivery of Meyer’s humor makes the story an addictive listen. Cress and Thorne’s repartee, along with the chatter of the fashion-obsessed droid Iko, are just a few of this audio’s entertaining moments. Series fans and new listeners will be equally entranced. C.A. Winner of AudioFile Earphones Award, 2015 Audies Finalist © AudioFile 2014, Portland, Maine [Published: APRIL 2014]