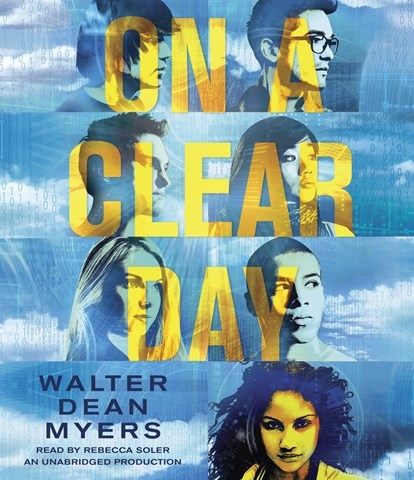 ON A CLEAR DAY

Rebecca Soler captures the voice of 16-year-old Dahlia, a computer whiz from the Bronx living in the year 2035. She joins a group of young people who take on a powerful organization that is creating havoc in the world. Soler's pace is perfect. She's especially strong as the pensive Dahlia, who is on edge around her gifted comrades. But humor is evident when Soler portrays Ms. Rosario and other neighbors who serve as Dahlia's family. Most enjoyable is the tone of attitude revealed in the way Dahlia says certain words. Soler fully succeeds in drawing listeners into this mixed bag of characters who come together to fight evil. T.E.C. © AudioFile 2014, Portland, Maine [Published: OCTOBER 2014]