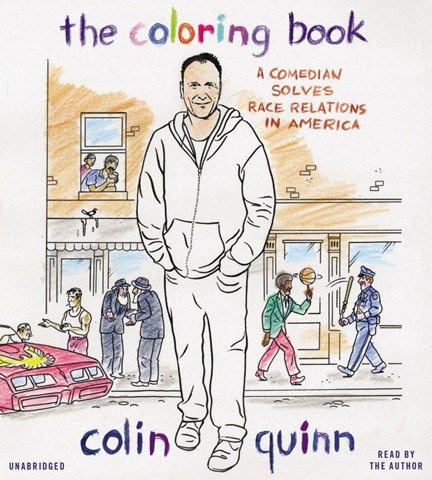 THE COLORING BOOK A Comedian Solves Race Relations in America

Colin Quinn tackles issues of race and ethnicity in this exploration of stereotypes, comedy, and political correctness. As a narrator, he proves reasonably good though his narration pales in comparison to his ability on stage. His deep, raspy voice and New York accent capture his prose well, but he comes across as reading the text. This is a problem that some artists have when moving from live performances to recorded ones. His writing has energy and good timing, but his delivery seems unnatural. Nonetheless, he provides insights on how we deal with race and stereotypes. L.E. © AudioFile 2015, Portland, Maine [Published: JULY 2015]