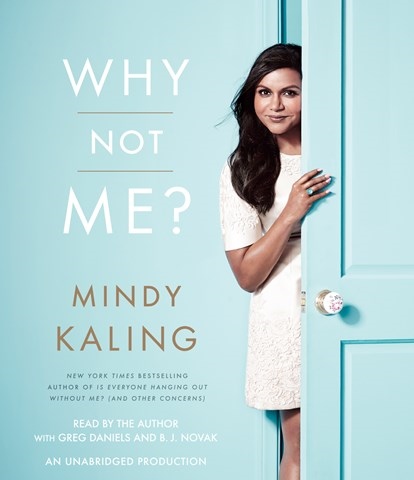 Pithy, sarcastic, and full of irony, Mindy Kaling is the only logical choice to narrate her second volume of essays about the trials and tribulations of life in Hollywood. Reading in a jaunty, conversational tone, the star of the popular television show “The Mindy Project” will have listeners chuckling at her commentary on the excessive use of fake hair and spray tans in Hollywood. Her essays range from recollections of childhood to reflections on a career in the making. Kaling's unique vantage point as an actress of Indian descent peppers her writing and narrative style with distinctive flavor. These short essays are a perfect listen while multitasking. M.R. 2016 Audies Finalist © AudioFile 2015, Portland, Maine [Published: OCTOBER 2015]