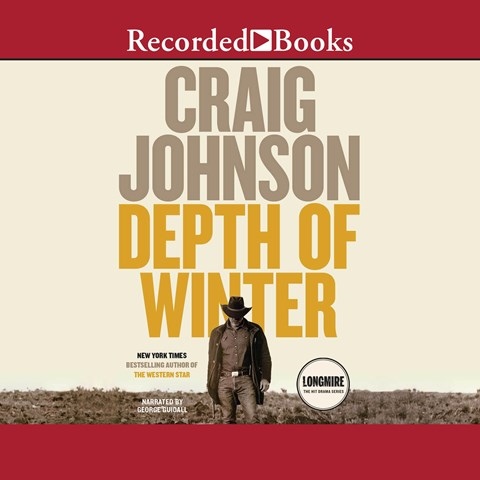 Listeners are in for a change of scenery in the latest Sheriff Longmire mystery, and despite the title, it's the dusty heat of the Mexican desert. George Guidall, the longtime narrator of the series, captures Longmire's sense of urgency from the outset. Cady, Longmire's beloved and feisty daughter, has been kidnapped by the baddest of the bad Mexican drug lords, Tomas Bodarte. Walt's singular focus to get her back is evident in the extreme risks he takes and in Guidall's pace and tone. Walt's trademark absurd--often hilarious--problem solving is on full display, and the good-versus-evil struggles of these new characters make for totally satisfying listening. Series fans may miss Henry Standing Bear and Vic Moretti, but listeners can take heart that this is certainly not Walt's last rodeo, and newcomers have much to explore in previous escapades. R.F.W. © AudioFile 2018, Portland, Maine [Published: SEPTEMBER 2018]