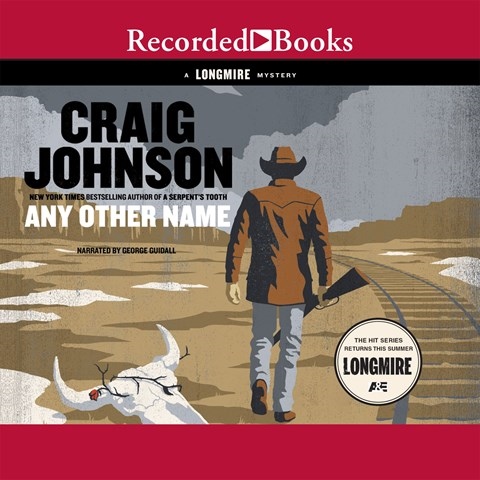 ANY OTHER NAME Walt Longmire, Book 11

Listeners have been lucky—George Guidall has delivered all the installments in Johnson’s Walt Longmire series. When the Wyoming sheriff is called in to investigate the suicide of cold case reviewer Gerald Holman, he ends up on the trail of three missing women. Time is against him (he must get to his daughter's side for the birth of his first grandchild) as are the elements (deep snowfall) and even a herd of buffalo—and that doesn’t include all the people who are shooting at him. The regulars from previous books are all here—Dog, Vic, Henry Standing Bear, and Lucian—and Guidall is completely comfortable with all of their voices. Series followers will greet them as old friends, but new listeners may be better off starting with earlier titles as Johnson doesn't waste words recapping who’s who. C.A.T. © AudioFile 2014, Portland, Maine [Published: JUNE 2014]