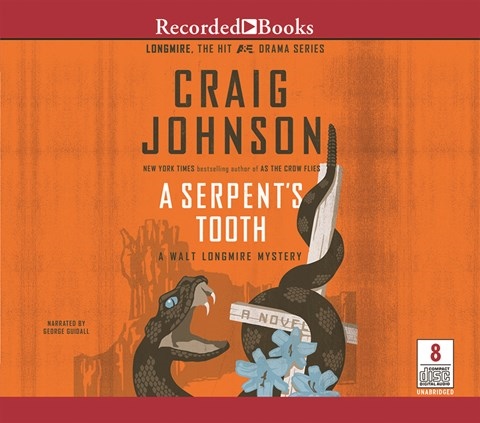 This series is the inspiration for A&E's show “Longmire,” but fans know the audiobooks are much different—and better! This is thanks to narrator George Guidall's perfect character portrayals. Guidall's depiction of Walt Longmire brings the hardheaded, tough yet emotional Wyoming sheriff to life. He's also perfect as Vic, the foul-mouthed, feisty undersheriff, and best of all as Walt's deep-voiced, steadfast Native American friend, Henry Standing Bear. In this ninth book of the series, Longmire and his friends investigate a missing woman and encounter a polygamous cult involved with serious crimes, including stockpiling weapons and stealing oil. While the plot is sometimes confusing and far-fetched, the characters and Guidall's impeccable performance make the story work. M.M.G. Winner of AudioFile Earphones Award © AudioFile 2013, Portland, Maine [Published: AUGUST 2013]