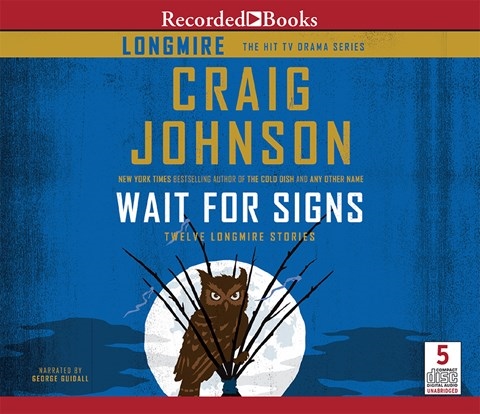 Twelve short stories featuring Sheriff Walt Longmire and the regular Absaroka County cast previously released separately have now been gathered together on audio—along with one new story—fittingly delivered by George Guidall, who narrates the Longmire novels. Guidall's stellar insight into the characters and their motivations continues to grow with each new production. Every time he seems perfect he tops himself as he keys into the delicate balance of spiritual concerns, compassion, humor, and social commentary. These elements come through in each story, but especially so in "Ministerial Aid." Guidall embodies Walt's concern for his citizens, his amusement at a character’s belief that he's Jesus, and his shock at the fury rained on an abusive husband. Every story is an aural treat delectable enough to revisit. J.F. Winner of AudioFile Earphones Award © AudioFile 2014, Portland, Maine [Published: DECEMBER 2014]