Home»Reviews»GUY NOIR AND THE STRAIGHT SKINNY 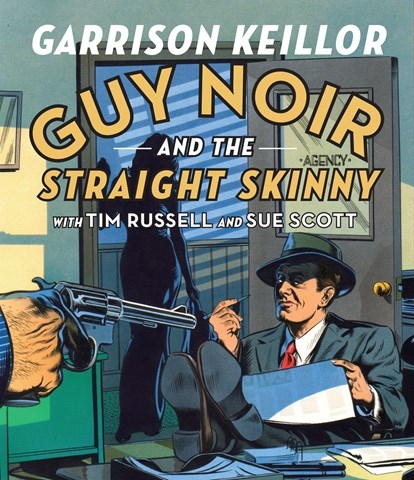 GUY NOIR AND THE STRAIGHT SKINNY

Keillor’s novel about his aging private eye—equal parts silliness, satire, and lecherous daydream—gets a reading with multiple narrators accompanied by music and sound effects—just like Noir’s vignettes on “A Prairie Home Companion.” Keillor’s fine, deep voice; good timing; and dry comedic tone are a pleasure to listen to—though it’s best when he avoids giving Noir his unconvincing New York accent. Some of the other acting is overbroad, though that’s part of the fun. More problematic is the actors’ stepping on one another’s lines and the confusing similarity of most of the female characters, presumably played by the same person. But taken with the right lack of seriousness, this silly grin of a book should amply amuse listeners, especially those of a certain age. W.M. © AudioFile 2012, Portland, Maine [Published: JUNE 2012]