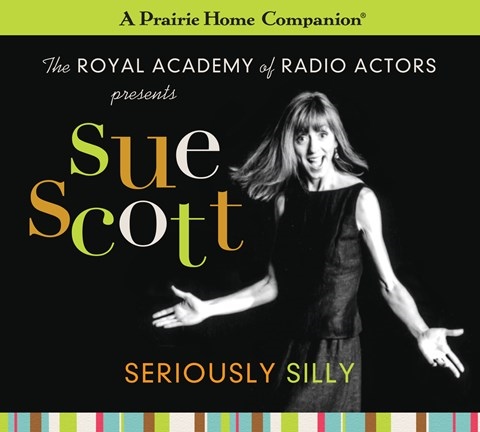 As an ensemble member of Garrison Keillor's "Prairie Home Companion," Sue Scott portrays a variety of outlandish characters. In this compilation of some of her best work, Scott is by turns a passive-aggressive Minnesota mom, an e-book-phobic reference librarian, and a frustrated waitress, among a variety of other characters from some 14 sketches from the public radio program. A gifted and versatile vocal actor, Scott shows great range in voicing characters from all walks of life and with a variety of different accents. Garrison Keillor, Tim Russell, and Tom Keith provide great interplay with Scott's seriously silly characters. It's a fun listen highlighting some of Scott's standout performances. S.E.G. © AudioFile 2013, Portland, Maine [Published: MARCH 2013]