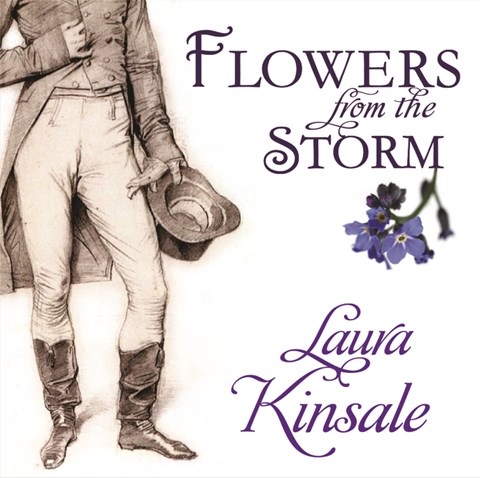 FLOWERS FROM THE STORM

The Duke of Jervalux has had a life that sweet Quaker Maddy Timms thinks is scandalous. When the Duke experiences an accident that leaves him with difficulty in speaking, he’s sent to an asylum, where Maddy finds herself the Duke's caregiver. Nicholas Boulton excels at giving voice to Jervalux’s frustration and anxiety over his situation. Both the Duke’s personal pride and his struggles come through clearly in Boulton’s narration. Boulton voices Maddy's proper English with strong enunciation, giving added contrast to the characters. Varied tones for the secondary characters round out Boulton's performance. Overall, his easygoing delivery makes for an engaging period romance. S.B.T. © AudioFile 2013, Portland, Maine [Published: MAY 2013]